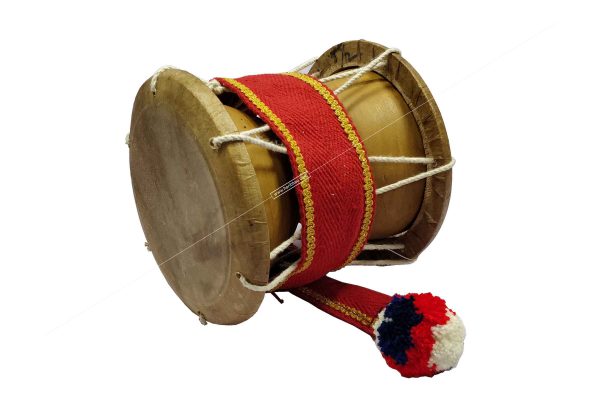 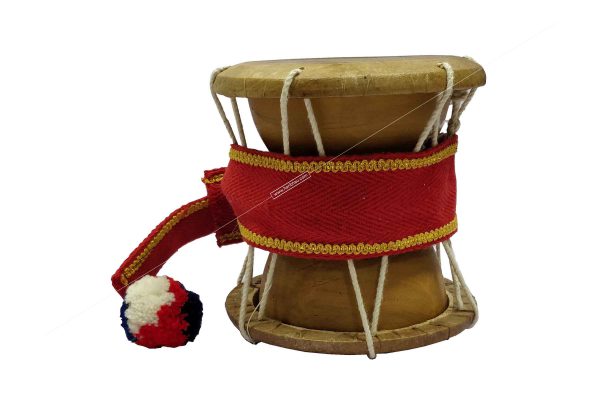 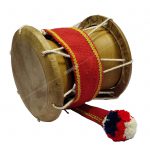 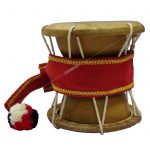 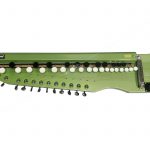 The Udukku (also known as Udukkai) is an Indian traditional percussion instrument popular in Southern parts of India. The instrument is shaped like an hourglass and measures about 8-10 inches in length with a girth of 6 to 8 inches on both ends. The shell is wooden with leather heads stretched across both ends with strings. A strap made of cloth is fixed to the middle of the instrument for clasping it. Udukku is played on one side and the non-playing side is provided with one or two metallic wires to generate more resonance. Coloured balls made of cotton strings are also placed hanging from the instrument as an embellishment.

Udukku is commonly played as the percussion accompaniment in temple rituals or in folk culture. It is also popular in certain parts of Sri Lanka.

There are no reviews yet.

Be the first to review “Udukku” Cancel reply

This site uses Akismet to reduce spam. Learn how your comment data is processed.